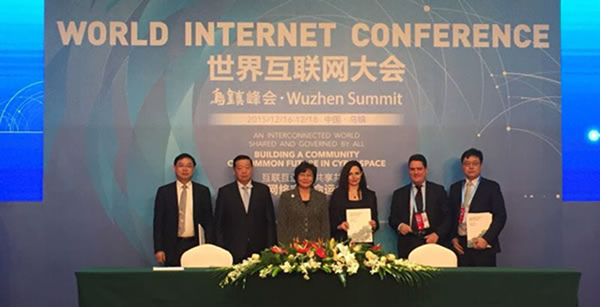 On Thursday December 17th, the ‘act of birth’ of the first ever 100% Internet City was signed in the Eastern China’s water town of Wuzhen, at the occasion of the Second World Internet Conference, organized by the Cyberspace Administration of China. This futuristic project will be implemented and operated by CITIC Guoan Group and the Hebei Province Government in the framework of China’s “One Belt, One Road” and “Internet Plus” development strategies.

The Chinese authorities made it clear that undertakings from Europe and the International community were also welcome to contribute to this unique project by inviting ChinaEU to be work on this project alongside the China Internet Development Foundation (CIDF) and CITIC Guoan, a subsidiary company of China’s CITIC Group.

According to Luigi Gambardella, President of ChinaEU, “Together with CITIC Guoan and CIDF, our intention is to establish the first testing and implementation area of 5G technology and all new IoT applications aimed at connecting humans with objects and machines. This will be achieved by recruiting the best technology suppliers in China and worldwide. The Internet City could be an important occasion for the European companies to enter the Chinese market”.

CIDF and ChinaEU will provide support in terms of policy study, integration, design and identification of worldwide high-tech suppliers, talent training, introduction of innovative industries. ChinaEU will in particular take care of the marketing and communication strategy of the Internet City project, advise on top level design solutions, scout the best technology suppliers worldwide and assist CITIC Guoan in the implementation and management of the entire project.

According to official figures from the Chinese Ministry of Finance, the project will involve a total investment of 100 billion RMB (14 billion EURO) and the construction work should be completed by 2020.

The Internet City is located in Langfang County, Hebei Province, 50 kilometers east of the center of Beijing. It will extend for an overall area of 60 km² developing around the current CITIC Guoan Grand Epoch City, a 2 km² luxury resort and convention center, built in traditional Beijing style. 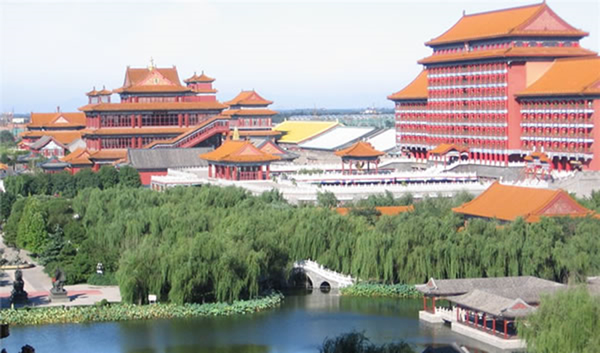 A drone used for smart agriculture and a robot: two examples of high-tech applications to be used in the Internet City

This “super smart city” of the future will include, among others, projects on smart energy and low carbon technologies, smart agriculture, future transportation systems, e-health and advanced elderly service systems. The site in the Beijing-Tianjin-Hebei region should also incorporate a futuristic high-tech startup center, aimed to become an unique point of reference for the worldwide startup community.