On April 20-21, some of the most senior representatives of the telecom and Internet industries, EU-level and national regulators, as well as competition authorities gathered in London for a two-day forum to discuss the review of the EU telecom rules.

For the second consecutive year, the Chinese government and leading Chinese companies took part in the discussions, showing growing interest for the future European telecom and Internet legislation. At the same time, and perhaps most importantly, the Chinese participants reminded EU regulators and the European industry that other regions in the world are progressing at great leaps in their digital industry agendas, and that a global regulatory environment conducive to investment, innovation and growth is crucial to play catch up and avoid lagging behind.

Key topics of the Forum were 5G and e-commerce, where cooperation with China is considered not just important but strategic. On 5G, China explicitly asked for more efforts in promoting full and transparent cooperation on R&D, ensuring that the respective research programs are equally open and do to discriminate between Chinese and European companies. 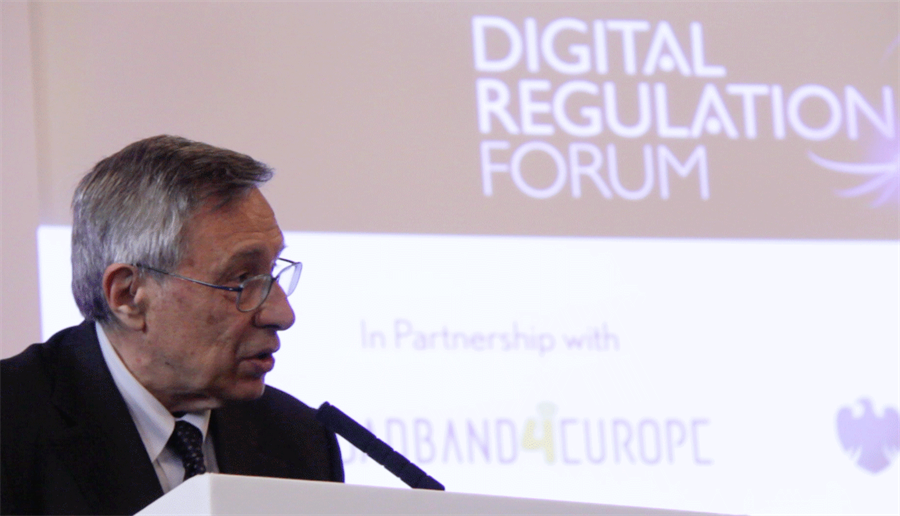 Special Guest of the 10th Digital Regulation Forum was Franco Bassanini, Special Adviser to Italian Prime Minister Matteo Renzi and President of Italian fiber provider Metroweb. In his opening speech on day one, he warned regulators to take into account the global dimension of digital competition: “In the digital context, regulators and policy makers too often forget or seem to ignore that European companies compete on the global market, and thus they end up encouraging the national fragmentation and prevent the processes of concentration and cross-border consolidation which are needed to put European industry in condition to compete in global markets.”

China’s participation was a reminder of the need for Europe to assess these issues from a global perspective, giving the right importance to International cooperation in the policy making of the digital agenda.

On the 5G Cooperation between China and the EU 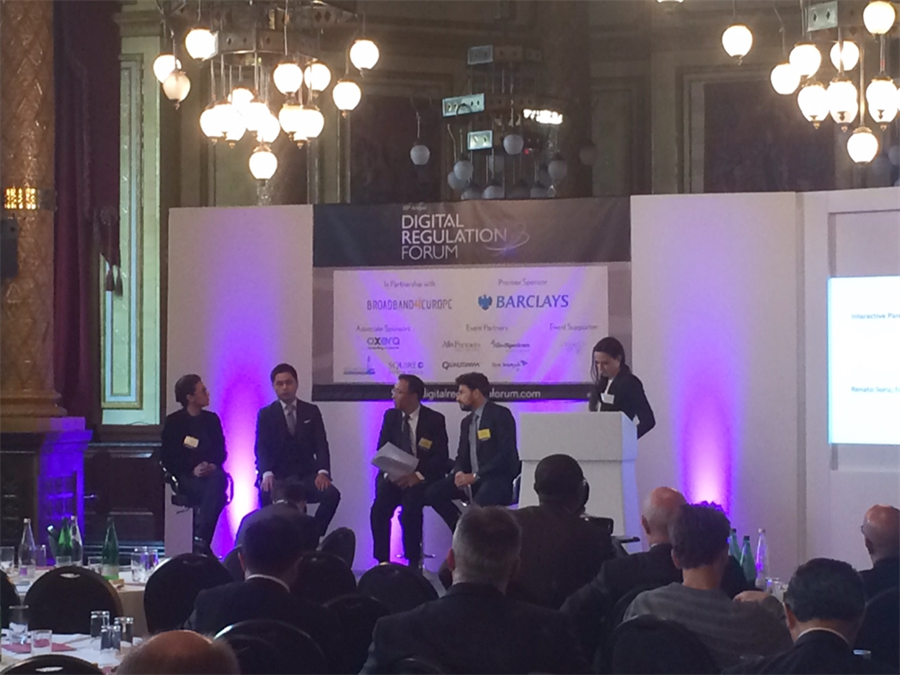 5G – the future technology for mobile communications – is an area where international cooperation is essential. To serve its mission – provide ubiquitous ultra-fast speed, zero latency connection at all times – 5G needs to be global, one standard needs to apply for the whole world. As Commissioner Oettinger put it, “different 5G standards would mean partitioning the global telecom market and creating barriers for our European vendors to export their products”. Combined, Europe and China represent a market of one billion netizens. Chinese and European manufacturers have a common interest in a common 5G standard valid for both markets.

Last year on September 28, China and Europe signed a joint declaration on 5G (at ministerial level between Commissioner Oettinger and Minister Miao Wei), committing to working together in four key areas: development of a global vision on 5G, participation in co-funded R&D projects, coordination over spectrum use, and promotion of global standards. The following day, a business level agreement was signed between the respective industrial associations: the EU’s 5G Public-Private Partnership (PPP) and China’s IMT 2020 (5G) Promotion Group.

This agreement is  the basis for a promising partnership between the EU and China for the development of this breakthrough technology, which will according to many experts have  disruptive effects on all economic sectors, from manufacturing to transport, utilities and media.

The crucial step now is to make sure that this partnership does not remain a mere letter of intent, but actually develops into concrete initiatives between the two parties. 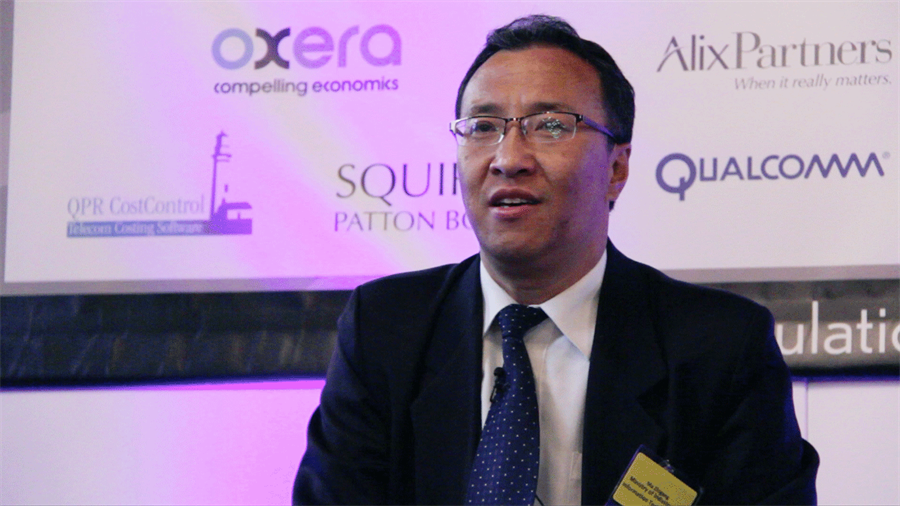 Ma Zhigang, Deputy Chief Engineer of the China Academy of ICT of the Ministry of Industry and Information Technology (MIIT)

Ma Zhigang, Deputy Chief Engineer of the China Academy of ICT of the Ministry of Industry and Information Technology (MIIT) – the counterpart of DG Connect in the European Commission – made four operational proposals for future EU-China cooperation on 5G (the detail of his proposals can be found here): 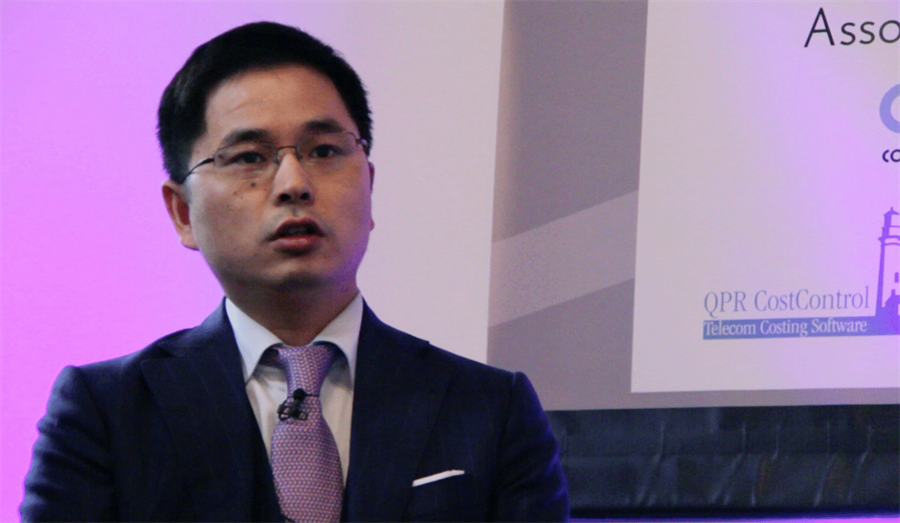 Xiao Ming, President of ZTE Europe, appealed the industry to work together for the implementation of a transitory technology, without having to wait until the commercialization of the complete definition of 5G in 2020. ZTE is in fact working on a  pre-5G technology, for the development of which the Chinese vendor won an Outstanding Overall Mobile Technology Award at the Mobile World Congress in Barcelona in February this year. ZTE has already started its pre-5G trials in China and aims at rolling out this technology in Hangzhou during the G20 Summit in September. This is a unique opportunity to promote such technology in Europe as well, involving not only the local telecom providers but also the verticals, including the transport and energy industries. 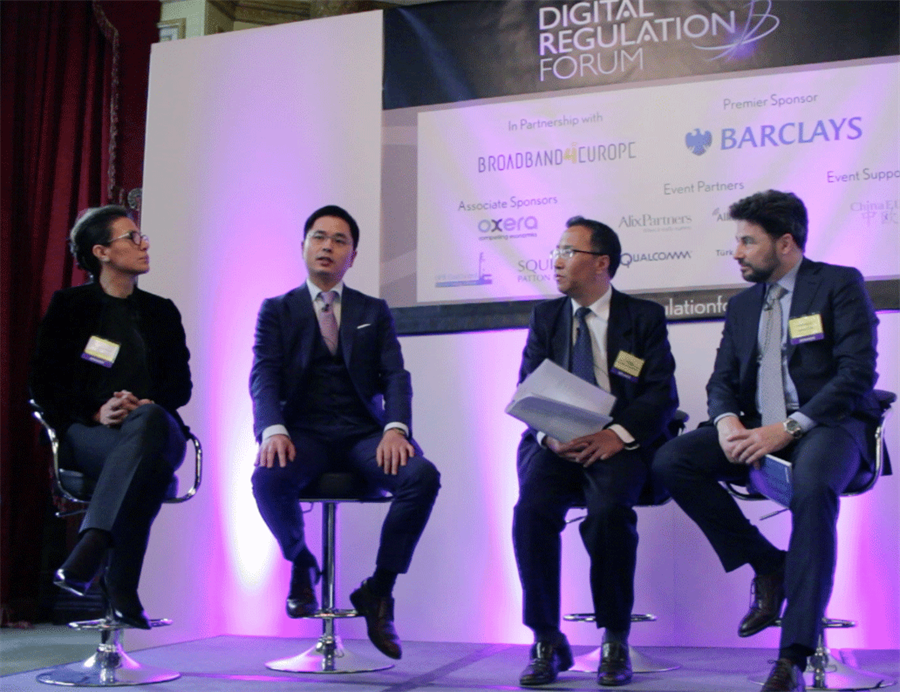 Overall, the panel agreed that the industry from both regions should speed up discussions to identify concrete 5G flagship initiatives, with government backing, for instance by jointly developing a number of 5G cities in China and in Europe. Vienna, the capital of Austria, was mentioned as a potential candidate.

On EU-China cooperation on e-commerce

As much as 5G will be a revolution to the traditional manufacturing industry as a whole, e-commerce is already today revolutionizing to the traditional retailing industry. The e-commerce revolution is not just the replacement of bricks and mortar distribution channels by an alternative distribution channel. Outcome of the convergence between Internet (search engines, social media, bid data and cloud computing), banking and logistics, e-commerce is tapping into unmatched needs of consumers, allowing for a more convenient, faster, better value-for-money, truly global shopping experience.

E-commerce not only changes the life of  consumers, but impacts also businesses and economic growth at large.

Today, there are already 600 million online shoppers in Europe and China. They spend 964 billion EURO online. E-commerce is directly or indirectly responsible for 14 million jobs in the two economies. 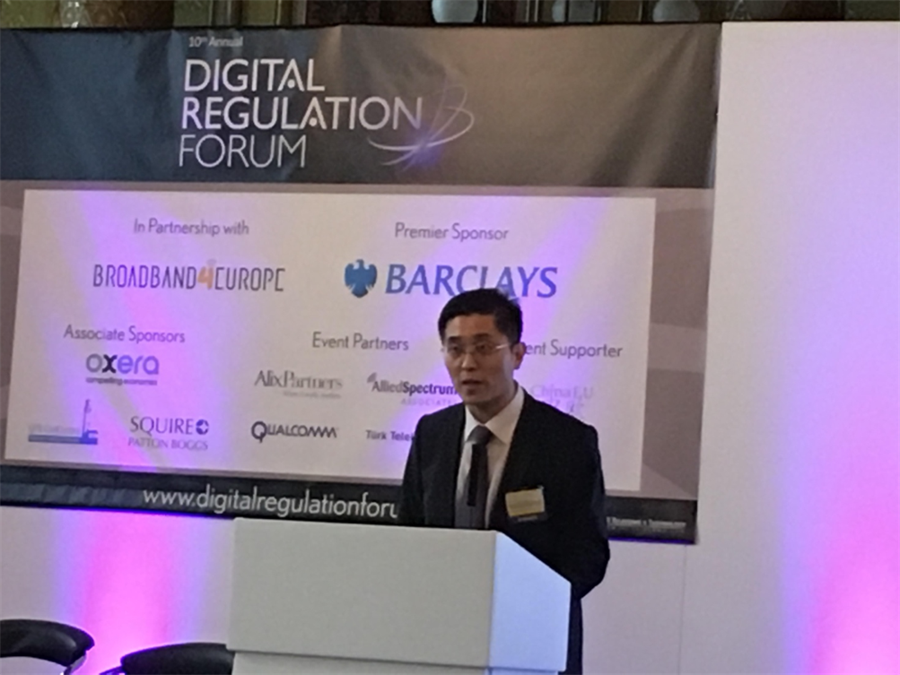 Yang Xiaoguang, Political Counsellor of the Chinese Mission to the EU, estimates that the middle class in China, currently consisting of 300 million people – as big as the whole population of the US – will grow to 1 billion in the future 15 years.  In his keynote speech (click here for his full speech), he said: “China’s expanding middle class will generate a huge market for high quality products and high quality services. It is no doubt an opportunity for the EU since its products meet the Chinese demands. European consumers also benefit from Chinese products that are fair in prices and good in quality. According to a German report, import from China help European families save 500 Euros each year.” 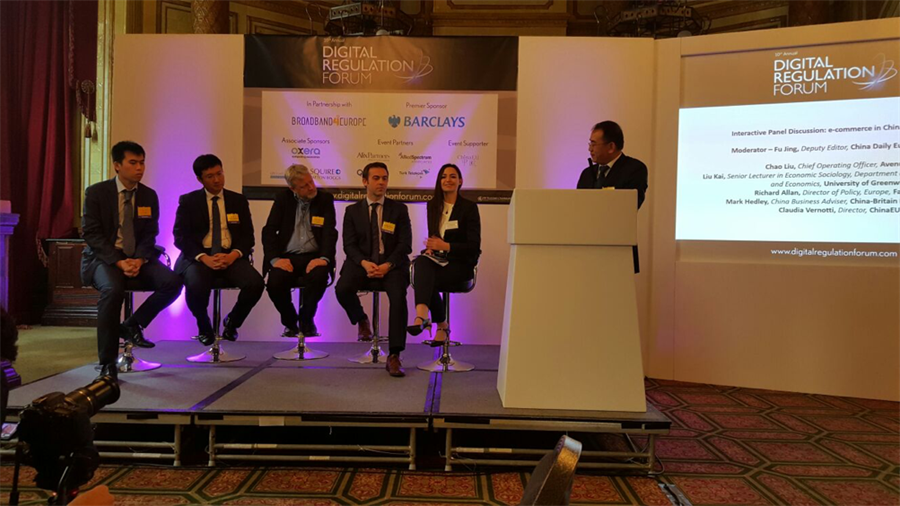 Claudia Vernotti, Director of ChinaEU said: “What really strikes about the development of e-commerce in China is not absolute numbers: a market of 373 million online shoppers, annual e-commerce turnover of 600 billion EURO, Alibaba having surpassed both Amazon and Walmart to become the world’ largest retailer. What is most impressive is how e-commerce has become an actual lifestyle for millions of people. Today through Alipay or through WeChat, Chinese consumers can rely on one single app to do all sorts of things, to buy groceries, to purchase clothes, to hail taxes, to pay restaurants bills or utilities, to order coffee, to call, chat, video conference, and even to play mobile games.”

But why do we not see more e-commerce between both regions, asked a participant from the audience. The panelists agreed that the barriers to China-EU e-commerce are the same as those hindering the development of an intra EU cross-border e-commerce marketplace (due to the fragmentation of the market in 28 different sets of rules):

More specifically affecting the bilateral relationship are the following factors:

What should be done to facilitate EU-China e-commerce flows?

The solution would be the harmonization of the respective rules and legislations in force in each market, improving interoperability of e-payment, developing mobile Internet infrastructure in uncovered or under-covered areas both in China and in Europe (where most of the untapped e-commerce potential exists), facilitating a common delivery system and the creation of a global system to track consumers’ delivery status.

The two-day Forum was largely dedicated to the measures envisaged by  the EU Commission to put in place a genuine EU Digital Single Market. This will involve a number of reforms, such as review of contract laws for cross border e-commerce and consumer protection cooperation regulation, new measures to improve parcel delivery and put an end to geo-blocking, proposal for a new copyright reform and VAT reduction. On the other hand, China is reviewing its e-commerce law, with an aim to setting new rules for e-payment and express logistics, further clarifying legislation on subject’s liabilities, transaction and service safety, data protection, infringements upon customers, market order and fair competition. Comparative research on digital regulation could provide useful insights to the lawmakers of both regions.

ChinaEU seeks contribute to the process, by setting up a China-EU Digital Research Center. The Center will monitor and compare rules and policies in key areas including e-commerce, data protection, future networks and 5G and the related patent policies.

We collected a number of videos from the speakers. To view, please click the links below: