Veteran European politician speaks to China Daily as Premier Li Keqiang prepares to visit Europe
Former Italian prime minister Romano Prodi says Europe offers much “easier access” than the United States for China’s efforts to continue to grow its international influence.
“After desperately attracting foreign inward investment in the 1970s and 1980s, China is now in the right position to invest globally, and to grow its international competitiveness,” says the 75-year-old politician. 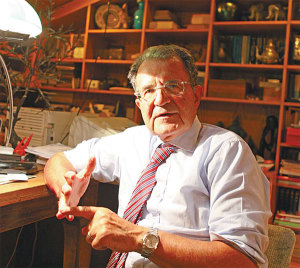